Free Shipping for all EU over €150

Fueguia 1833 Beagle is a deep, woodsy scent designed to evoke the air that Charles Darwin might have breathed while writing the work he is most famous for. Creator Julian Bedel wrote this vignette, which captures what’s in this bottle perfectly:

“Aboard the HMS Beagle, Charles Darwin penned his seminal text, On the Origin of Species. The scent of gunpowder and rum, mellowed by mahogany and copper, hangs in the air of the vessel.”

The HMS Beagle was a British Royal Navy ship that was chosen for three worldwide expeditions; during the second of these, Charles Darwin traveled on board for his South American Expedition. He became famous once he published his journal from this time, The Voyage of the Beagle, and his findings played a key role in the formation of his scientific theories.

Fueguia’s Beagle is one of those fragrances that may sound masculine or wintry given its main notes, but we’ve found it to be appealing even to women who typically reach for delicate florals. There’s something beautifully grounding about it, especially once it sinks into the skin. We find it to be a wonderful partner to the fresher notes of Darwin — these two seem to fit together so nicely.

The full size (50 ml) is hand-filled in glass in Italy, then packaged by hand in Fueguia’s iconic wooden box. Each limited-edition batch of Beagle is unique, and your bottle — one of only 400 just like it — will be engraved with a specific year and batch number. 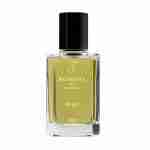 WAITLIST To receive an in stock notification, enter your email address and click 'NOTIFY ME.'